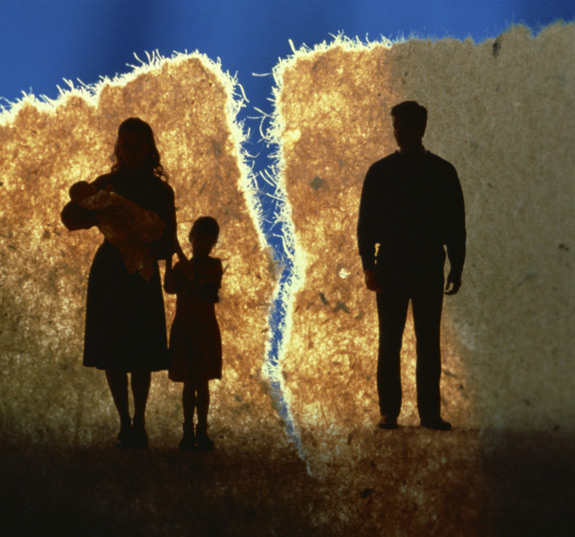 Divorce and Stress – Acupuncture and Relief

There I was, lying on my acupuncturist’s treatment table. I’d already explained to him that since my divorce papers had been signed two weeks prior, I found that while I was managing the anger (rage) that kept arising; I was concerned because the rage was bubbling up more and more frequently. I was worried about being eventually flooded by the anger and my preoccupation with the ‘wrongs done’ to me. And, by the way, I added… “My low back pain had intensified in the past week to a 9—10 on a scale of 1 thru 10”. I was a student of acupuncture at the time and was still a bit skeptical about the field of study I’d taken on. My practitioner felt my pulses and put two needles into my lower leg. He treated my anger. The meridians that govern the smooth flow of our emotions and particularly our anger run through the meridians in the legs. He left me resting on the treatment table, needles in place…and within 15 minutes the back pain vanished…permanently. That was my turning point in embracing this miraculous form of medicine. I finally got it…Treat my anger and my pain resolved.

Now, several years down the road, I bless the day I discovered acupuncture, because I know the magnitude of the influence the treatments in combination with my relationship with my practitioner, helped me survive the most distressing and painfully challenging ordeal of my life.

“Upset is optional,” a colleague said to me one raging afternoon, when I was still in the throes of the divorce. Her comment enraged me further as I spiraled down the path of the victimization I felt. I have come to realize just how optional suffering is. And that’s where the acupuncture comes in. The journey of acupuncture offered me the possibility of learning to meet the challenges that come along in life with less confrontation, smoother edges, more surrender…and very gradually, with less suffering and more peace. I learned about the multifaceted woman that I was, along with learning new ways of responding to life as it came along.

The foundation of my training is in an ancient tradition known as Five Element Acupuncture. The five elements are delineated as Wood/Fire/Earth/Metal/Water. Each element is associated with one of the five emotions. None of the elements function independently, and instead function as One in an endless dance of interaction. The tradition teaches that our qi (chi) moves as the seasons do, endlessly and cyclically.

Among other things, it also teaches that each meridian is associated with an element and an emotion. The five emotions that weave themselves most powerfully through us are: anger, joy, sympathy, grief, and fear. Excesses or deficiencies in our qi (as addressed in my previous articles) are also manifested with excess or deficiencies in our emotions. The blocks and imbalances will show up in how our emotions manifest. As in my case, when my anger began to show up in excess, so that it was not serving me or my children, and had the potential of creating deeper illnesses within me, my acupuncturist tended the free flow of my emotions…and I gradually developed the practice of meeting my life with less and less opposition and suffering.

An acupuncturist is trained to diagnose which element is out of balance, and therefore most influential in the suffering that is showing up in the patient. Whether it be divorce, marriage, childbirth, moving, a new job…or any life transition that requires more than the ‘norm’ from an individual, acupuncture can help to remove the blocks and imbalances that interfere with our optimum functioning and help smooth out the emotions that we associated with our stressor at the time.

The ancient acupuncturists and founders of Chinese medicine declared that ‘all suffering begins with the spirit’. Whether the suffering is emotional or physical, finding the source of the Elemental suffering and treating that can restore the harmony within that individual. Life has so much to do with how we choose to respond to it. An acupuncturist can offer the patient the possibility of learning new ways to respond to our suffering. So that, even if a physical pain situation can’t be completely ‘fixed’, how one responds to the pain and experiences the pain, and how it interferes with their life, can be altered in such profound ways that one discovers a new life waiting. Such is the potential of acupuncture.

As human beings we have the capacity to intellectually process life as it shows up. More and more studies demonstrate that negative thoughts and emotions release chemicals in our bodies that in excess can harm us (such as cortical). Positive emotions can release endorphins and serotonin, which can ease and calm us. Subsequently, as our qi becomes blocked or imbalanced in response to our thoughts and emotions, illness and suffering can begin to manifest… and if left unchecked, they begin to feed into each other in an endless downward spiral.

Acupuncture offers another possibility — The option to learn the life skills that we are endowed with from birth and to develop these life coping skills so that our responses to life serve us rather than harm us. As we are served, we grow the capacity to better serve our loved ones and the world around us.

It is known that the Chinese symbol for Crisis also means Opportunity. Having survived divorce and lived to tell the tale, I can gratefully say that phase of my life offered me the most profound opportunities for growth. Acupuncture won’t fix the economic traumas or the losses of divorce… and probably not the marriage; however, it will minimize the body’s reactions to the stress, help prevent illness that can surely arise from the divorce process, and assist you in learning new coping skills because your emotions will flow more smoothly as Nature intended. After all, Acupuncture and Nature are a ‘marriage made in Heaven’, a marriage that is binding and eternal. And that’s another story…. or article.

Jill’s method of acupuncture treatment is beyond what I ever expected. Jill has been my mentor, guide, and healer on my journey to a confident, calm, and happier person.