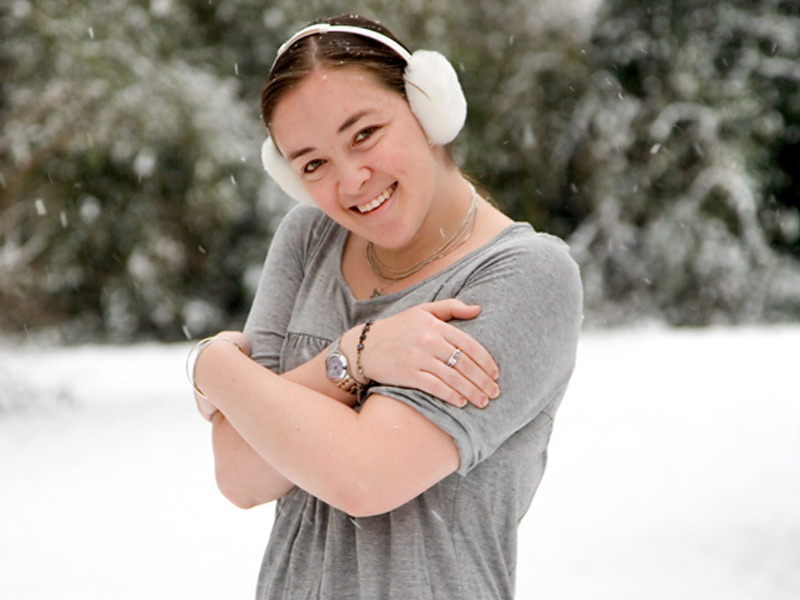 … But, Your Acupuncturist Can Warm You Up

Yes… its true. Chinese medicine has A LOT of ‘tricks up its sleeve’ when it comes to warming you up.

Cold and damp is what defines the winter. There’s nothing more disruptive to the body than a cold and damp environment (this could also apply to a home or workplace that is too cold and damp). According to Chinese medicine, cold and damp are considered pathogens. Like bacteria or germs, cold and damp can literally invade the body. It loves to settle into our joints, hence the very common complaints of arthritic type pains. It has a particular affinity for our chest and sinuses as well. Who hasn’t experienced the phenomenon of ‘catching a cold’. And yes, it can even work its way into your intestinal system, leaving you with diarrhea and loose bowels.

Additionally, I see a surprising number of young women with chronic sensitivity to the cold. In these situations, a person’s body is simply unable to ‘weather the weather ‘ well. Due to constitutional or lifestyle reasons, a woman may be deficient in ‘Qi’ (pronounced Chee) and/or Blood. She may have been born with some deficiency in the body’s ability to create the internal environment to warm itself up adequately. I often see menstrual issues as a problem here. Almost uniformly, I will see a history of inadequate nutrition as well.

Sometimes a previous illness or disease process will deplete a person’s body of its ‘Qi’ warming capabilities. Serious illnesses and /or also lifestyle patterns will deplete a person’s Yin and Yang energy. If you recall from previous articles, the Yin/Yang concept is at the core of all Chinese Medicine. It is the foundation of the entire diagnostic process. In this case, think of a furnace in the basement. The furnace structure/machine is the Yin and the heat it generates which permeates your entire house is the Yang. My furnace died last week, and the entire house chilled down swiftly. The structure had to be repaired so heat could once again permeate my home.

So…where does your acupuncturist come in? First we will diagnose the source of the cold sensitivity in you. Generally speaking we can assume a ‘Qi’ deficiency here, but must also rule in or out a Blood deficiency and what the balance of your Yin and Yang is.

As you will recall, Chinese medicine is the mother of holistic medicine. It is the originator of the body/mind/spirit diagnostic process. The mind/spirit concept can also come into play with chronic cold sensitivity. For example, let’s take Karen. She is 32 years old. When she was 6 her father died and she was left as a latch key child to help raise her brother while her mother had to go to work. The worry and over conscientiousness that developed in her became the lens through with she viewed all of her life. The constant over striving and worry exhausted her Liver and Spleen (I’m speaking of the meridians here and not her actual organs from Western terms). Due to this exhaustion, her periods became a problem with excessive and too frequent bleeding. She became blood deficient from Chinese diagnostic purposes. She became ‘qi’ deficient as well due to her poor dietary habits and her body’s inability to adequately assimilate nutrients.

Returning to the furnace and house analogy, the ‘Qi’ and the Blood provide support to the structure of the ‘furnace’. Think of a body as born with a furnace. The Blood and Qi help to maintain and support the furnace. The furnace in this case is like the Yin of our body. With a weakness here, the body cannot get warmed effectively. The heat (or Yang) generated is simply going to be inadequate.

An acupuncturist is able to intervene by strengthening the ‘furnace’. Choosing acupuncture points to support (or tonify) the ‘Qi’ and the Blood is very effective. We also use an herb called moxa (or Mugwart ). Moxibustion (the use of moxa) has been in existence for thousands of years. I will roll the moxa into little pellets and put them on the acupuncture point. Once lit, the moxa will generate heat (Yang) that will permeate into the body (or channel/meridian). Once the patient feels the ‘hot’ sensation we remove the moxa. Burning does not occur. I use A LOT of moxa in the winter months during treatments.

Also, lifestyle coaching is in order. For example, during the cold and damp months, beverages and water should not be iced. Room temperature or warm is best. Also, cold raw salads are considered too ‘cold’ for the body at this time. Boiling some broth and pouring that over a salad in a bowl (to ‘wilt’ the salad) is preferable to eating raw salads in winter. Also, a dietary increase in root vegetables during this season is encouraged. The root vegetables are very Yin. They will provide the energetic substance your body needs to keep the furnace strong. Some great root vegetables are: parsnips, turnips, carrots, beets, yams.

And don’t forget to cover your neck and head when out in the cold. Your neck is a part of the body that is very vulnerable to what we refer to as ‘cold invasion’.

So, enjoy the fire place, hot tea, comfy blanket. Hot soups and a good book and a good acupuncturist is my recommendation to get you through the winter months.