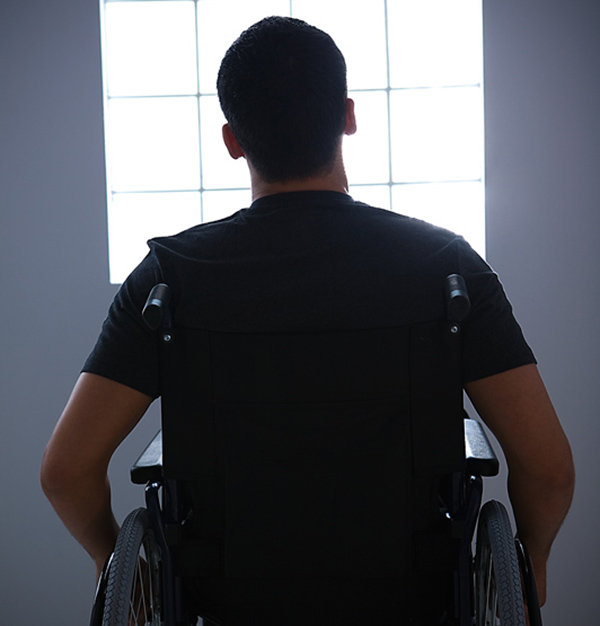 Kevin called me last summer asking is acupuncture could help him with his neck pain. He described himself as having ‘mild cerebral palsy’ secondary to birth injury. At 35 years old, he works as an electrical engineer, and has navigated his way through life amazingly well, adjusting to life with crutches and now only a cane. He is married and very content with life. He has some cervical compression which has led to fairly chronic neck spasm and left arm pain. The cervical compression is most likely due to the chronic muscle spasm he has had due to his cerebral palsy.

Kevin is a fairly small framed man with a significant spastic limp with walking. What he lacks in flexible movement he matches with a charming smile and friendly disposition.

His wrists and hands are in a state of frequent spasm and with some permanent contraction in his right hand. Taking pulses (which as you recall is a significant part of the diagnostic process during an acupuncture treatment), was close to impossible on his first few treatments, as his tendons in his wrist were too tight to access the pulses.

I recall Kevin asking me after our initial interview ‘do you think acupuncture will work on somebody like me’? His question spoke a thousand words. Kevin has held onto the belief that he was different then everybody else. This was about to change. I explained to Kevin that I saw no reason that he would respond any differently than anyone else. We would be focusing on treatments to relax his muscles and tendons. All of medicine is a relative conversation, meaning that each person responds relative to their unique constitution, chronicity or intensity of symptoms. If a person is having extreme symptoms (like a 10 on a scale of 1-10) then a reduction in symptoms to a 4 or 5 in intensity is significant. Whether symptoms reduce to less than that is often determined by a multitude of factors (ex… lifestyle/ diet/ exercise/ overall constitution/life stressors/ age/duration of treatment, etc).

I began with the traditional clearing treatments for Kevin. These treatments clear blocks and help move the Qi (energy) in a more balanced way. Kevin’s’ experience was quite amazing for both of us. When he got off the treatment table he looked larger and completely relaxed in his stature. What amazed him was that he could ‘feel the weight of his shoulders for the first time in his life’. In other words his shoulders had relaxed enough that he could feel them. Where he had looked very narrow from the waist up before his treatment, Kevin now looked quite broad-shouldered to both his and my delight.

The following week, he reported how he had been standing in the middle of his kitchen floor talking to his wife, before realizing that he did not need to lean against the counter or hold onto his cane. This too, was a new experience for him. His neck spasms had significantly reduced and he was able to sleep thru the night undisturbed by pain.

Now, getting back to the comment about relativity. Where Kevin had been living with constant chronic neck pain, untouched by pain killers; he was beginning to experience pain free days and more relaxed body. When the neck did ‘act up’ he could relate it to body position while sleeping or extreme stress at work; however, now if he needed to take his over the counter anti-inflammatory medication — it now worked right away.

Kevin has benefited from regular maintenance treatment (now every 3 weeks). While acupuncture has not been a ‘cure’ for his underlying Cerebral Palsy, he is able to live with less constant debilitating spasms and over-reactive muscles. He still requires his cane but is more physically relaxed overall and definitely more self-confident. He describes feeling like ‘a noodle’ after treatment. It’s like his ‘reset’ button as he describes it. He is also delighted to realize that his body’s capacity to respond ‘normally’ to acupuncture is no different from anybody else’s. I believe that this may have been the biggest contribution to Kevin. He is able to begin reframing how he sees himself in comparison to others…which had been a big challenge in his life up to this point.

← You Want Sinus Relief?  Call the Acupuncture Lady Breathing… the Flu… and Acupuncture →