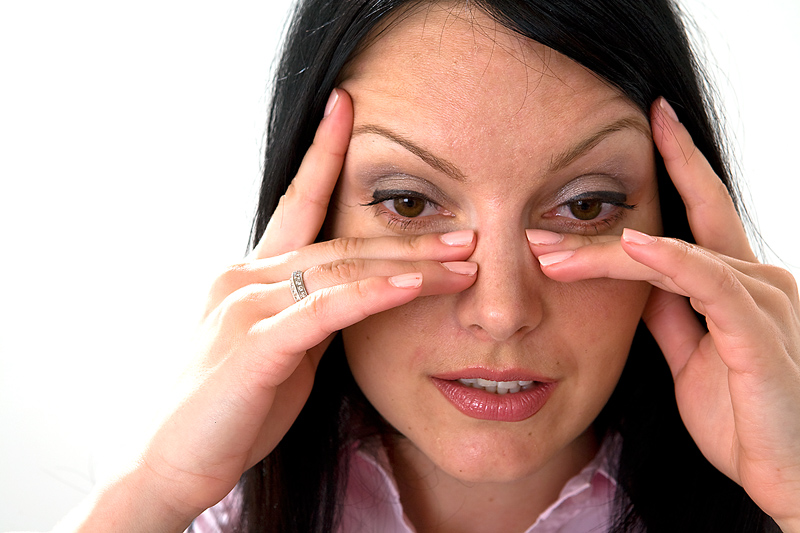 And they walk in, eyes puffy, face slightly swollen, speaking in tones that sound like they’re holding their breath as they ask, “Can you help me with my allergies?”

This is the worst of Spring–the runny nose, the congested sinuses, the frontal headaches, the teary eyes–absolute misery. Never mind that the best of Spring unfolds around them. The fragrant lilacs and the delightful jonquils. The pansies and the tulips bring an array of colors…and the dreaded pollen.

So what is an acupuncturist to do? An acupuncturist is going to help your sinuses drain, and your head clear, and possibly reduce your body’s reactivity to seasonal pollens. We go about this in a variety of ways.

While I will always support your constitution (i.e. Water/Wood/Fire/Metal/Earth, as explained in my December 2006 WJ article), I will deal with sinus issues locally and directly. Let me elaborate.

According to the 5 Element approach, the Lung official (and meridian) is in charge of our immune system. When the Lung becomes imbalanced, and is not able to effectively disburse its Lung Qi downward, a lot of symptoms develop. When we inhale, we are aware of the oxygen filling our lungs, but we do not realize, like Easterners do, that Heavenly Qi is also coming into our bodies and permeating every cell. Chinese Medicine acknowledges that the taking in of air is essentially the taking in of Qi (the life force I refer to). If the Qi doesn’t descend (which the Lung is supposed to do) and spread out adequately through our system, problems such as upper respiratory infections, chronic sinus congestion, chronic rhinitis (runny nose), or even asthma may develop.

The Lung is also in charge of dispersing the moisture in our bodies. For example, according to Chinese Medicine, the Lung is in charge of our pores and our sweating mechanisms.

When the Lung gets imbalanced enough, the Lung Qi will become what we call ‘rebellious’ and the Qi will go up and out instead of down. This shows up as coughing and sneezing. Dampness will accumulate as well, because the Lung is not ‘dispersing the moisture’ adequately. This dampness then congeals into the phlegm. When this phlegm begins to turn from clear to white and then to yellow or worse, we know that ‘heat’ has developed in the lung.

Yes, there are acupuncture treatments to address all of these issues. A practitioner will pick points to support and strengthen the Lungs. We will also pick points to assist the Lung to clear the damp and the heat out of the body. As the Lung becomes more able to do its job, then the sinuses begin to drain and clear. There are a variety of acupuncture points that incorporate three or more meridians to accomplish these tasks. Some of these points are on the back, wrists, and face.

A practitioner may even incorporate cupping and/or gua sha (a gentle scraping technique along the back that helps clear stagnant Qi, and cold and heat from the channels). Sometimes, herbs are also included as well as essential oils. There are times that a visit to the Western physician becomes necessary to add an antibiotic, but often times this can actually be averted.

I find patients to be very responsive to Eastern medical approach to chronic and acute sinus issues. Along with these interventions, I will coach my patients in home remedies that you can use to support yourself in between treatments. Frequently diet is also implicated as contributing to the accumulation of damp in the body. I will coach you on how to ‘tweak’ your diet. And as always, I will be supporting your 5 Element constitution, because this can impact deeply on the chronicity of your situation.

Glorious Spring. It is meant to be reveled in. Hope is blooming everywhere! Don’t suffer through this beautiful season. Call upon your friendly neighborhood acupuncturist. I can be reached at: acuejillone@verizon.net.

I have been receiving acupuncture treatments from Jill for about three months and have experienced a marked relief from joint stiffness and lower back pain. Jill began with a comprehensive medical history and then devised a treatment program tailored to my specific conditions. She is very supportive and obviously cares about the well-being of each patient. I look forward to continued benefit from my treatments.